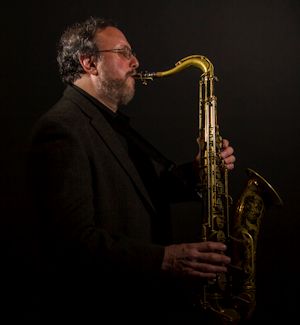 Steve Heckman was born in Brooklyn, NY, near the neighborhoods where saxophonists Dave Liebman, Steve Grossman, Bob Berg, and Eddie Daniels all came up. Steve was exposed to the best jazz in the world during one of jazz’s most creative periods, the mid-1960’s. He began clarinet at 12, and alto and tenor sax at 15, ultimately choosing tenor as his favorite. Over the years he has also added soprano and baritone sax, bass clarinet, and flutes (C, alto, and bass flute). He has written over 125 original jazz compositions. He is self-taught in improvisation, but thanks teachers Allen Fields, Ray Musiker and Carmine Caruso for assistance in the theoretical and technical grounding necessary to play decent jazz.

The most significant spark to set his spirit on fire with love and enthusiasm for jazz was when, at age 15, he first heard the music of John Coltrane: Worlds split open, and he was propelled into a realm of unparalleled richness and dimension which has profoundly influenced his approach to both playing, as well as composition. Listening to ‘Trane’s “A Love Supreme” from start to finish every day after school through 11th and 12th grades became his daily ritual; he also absorbed as much as possible, listening to everything he could find by Coltrane.